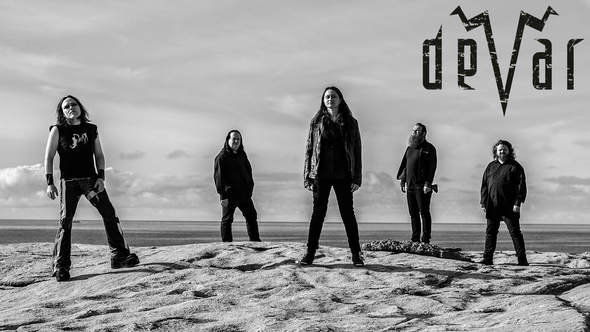 Finally we can reveal the final band for the release party of Norsk Urskog Metal Sampler 2017: Devar from Bergen is a band that’s not afraid to make it’s own path. Their unique sound inspired by everything from black metal to old prog, should make for an interesting performance we think. This evening they will do their first performance in seven years, and release their first single “House of Bones” from their upcoming release later this year. They have previously toured with the death metal legends Master among others.

I Swear Damnation from Hokksund, and Golden Core from Oslo will as previously announced, complete the lineup at Sentralen this first friday of April. We hope you will show up too, to sample a small part of what the norwegian underground metal scene has to offer.